“If you want a friend in Washington, DC,” Harry Truman once famously said, “get a dog.” So exactly this has happened. DC has gone to the dogs! And the cats.

But it’s one thing to get a dog or a cat. Then what to do? With a cat, it’s easy. Nothing. The introverts of the pet world, supremely self-confident, self-satisfied, and self-absorbed, cats tolerate us. Give them Meow-Mix, a plump cushion, and a litterbox, and the deed is done.

Not so with dogs. They lick us – and sometimes even mount our legs – and each other with nervous insistence. Feed me, walk me, pet me, love me.

But what happens from 9 to 5 on weekdays, when we’re at work? There’s the rub. Sure, leave Fido at home, all by himself, neurotic, needy, a bundle of extroverted compulsions, to chew away loneliness, to stare forlornly at the door, waiting, waiting. It’s a timeless tale of tail-wagging exuberance and tail-drooping melancholy, depicted in the mega-hit animated pet pic of 2016, “The Secret Life of Pets.” It’s a parable of pets getting lost and banding together, and a testament to interspecies teamwork, first to outwit Animal Control, then to return home at last. Screened in Cineplex 2-D, 3-D, and IMAX 3-D, it’s dubbed a remake of “Toy Story” but with house pets.

City people have city dogs, cooped up in apartments and townhouses, not like their canine cousins of the suburbs, with backyards and fenced lawns in which to romp. Owners feel guilty when they leave in the morning and even guiltier when they return at night, exhausted from shuffling papers, taking meetings, or whatever they ostensibly do in the DC rat race. “They get home and they want to snuggle, not to walk the dog,” says David Liedman, co-owner and lead “dog whisperer” of City Dogs, with an original location in Dupont Circle and a new one just opened in December on H Street NE.

“There’s a lot of busy people in DC, and they work long hours, and they go out of town a lot, and they don’t have a lot of family living nearby,” adds Liedman. What can they do with the dogs that they make a part of their family unit? The answer: doggie daycare and canine boarding, not in caged kennels but in a fun-filled, cageless romper-room, socializing with other dogs in a natural pack atmosphere that dogs seem to love, instead of the lonely life of a stay-at-home.

According to Liedman’s partner, Jesse Heier, “It’s a quality-of-life issue for the animals, a lot like daycare for kids.” Liedman is a Dupont Circle resident, born in Norfolk, Va., who took a bachelor’s degree in engineering in 2001 from the University of Virginia and seemed destined for a life of designing communications systems for the FAA, which he did until 2004, when he discovered a higher calling.

“Dogs are a lot like people,” he declares. “They need the natural stimulation of others, they need companionship.” They also sometimes need to be rescued from an animal shelter. In 2011 Liedman helped found Rescue Dogs, now with its own office at Quaker House on Florida Avenue, steering dogs from shelters to foster care and then adoption.

Meanwhile business partner Heier, a Wisconsin native, completed his bachelor’s degree in political science at American University in 1995 and then a master’s in health policy from Johns Hopkins University in 1997. He met Liedman back in 2001 through mutual friends and in 2011 they joined forces to own and manage City Dogs. Liedman handles more of the doggy side of the business, and Heier devotes his efforts to the administrative side while keeping a full-time job plus raising his son. He also supervises the staff needed to manage operations for a business that runs 24 hours a day, every day (including holidays) of the year.

Each location – at 1832 18th St. NW and 301 H St. NE – offers full services for dogs and cats: boarding, daycare, training, grooming, bathing, plus the usual leashes and doggy paraphernalia and dog and cat food. The mainstay service, daycare, comes with daily report cards, outdoor yards for bathroom breaks and fresh air, and end-of-day baths. With boarding, dogs sleep together, slumber-party style, supervised by an overnight staffer. Rates vary for single visits and packages of different numbers of visits, per dog, with reduced charges for a second pooch and for meals, late pick-ups, etc. Rates for grooming are set by pet size, from petite to large, and short or long hair. A la carte services range from various forms of pampering and deshedding – the “furminator” – flea treatment, and tooth brushing.

David Hoffman lives four blocks from City Dogs and wishes he had one! He is a freelance journalist covering the arts and entertainment as well as politics and foreign and defense policy. He is vice president for programs at the Woman’s National Democratic Club, founded by suffragettes in 1922, where men are also active members. 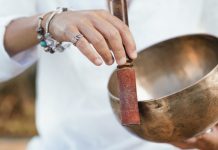 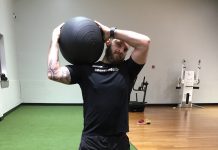 Thai Massage Comes to the Hill