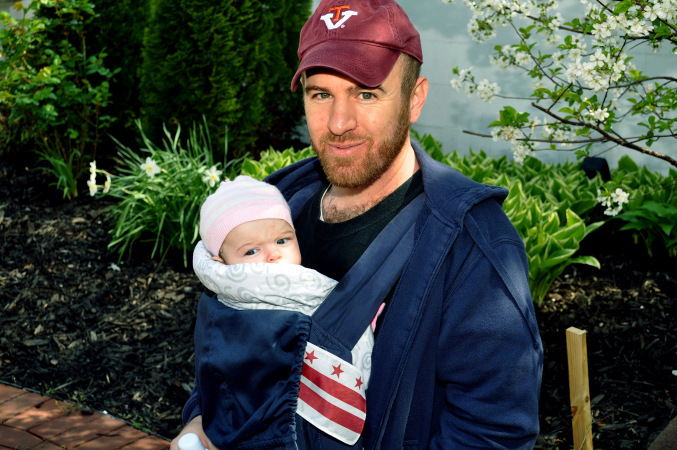 Since the 115th Congress convened earlier this year, some lawmakers have attempted to step into the District’s local affairs. They have introduced measures that would undo the city’s gun laws, veto a death with dignity bill that the locally elected DC Council recently passed, prohibit the city from using its own local revenue for women’s health services, and preclude the city from passing legislation regulating the sale of marijuana.

In fact, Utah Rep. Jason Chaffetz, who chairs the committee with oversight of the District, has stated that he intends to become much more involved in the city’s local business, despite not being elected by DC residents.

Residents have pushed back with calls to his office. Residents and District leaders have rallied on the Hill protesting this interference with local issues. Last month Ward 6 Councilmember Charles Allen convened a “Hands Off DC” meeting to organize residents looking for ways to stand up for their city.

Chaffetz has said that it is Congress’s “duty and constitutional obligation” to make sure that a local DC law that they do not agree with “does not stand,” citing the Constitution and the Declaration of Independence. Though he recently failed to overturn the District’s death with dignity law, he has vowed to press on by precluding the District from spending any of its local dollars implementing the law.

Chaffetz is wrong to think the framers of our Constitution or the authors of our Declaration of Independence intended this micromanaging of the District’s affairs. Article I of the Constitution gives Congress authority over the District, but it gives Congress the authority to do a lot of things, like impose taxes, borrow money, and regulate interstate commerce. Just because Congress can do something doesn’t mean it must.
This is particularly so with respect to the District, where the framers made their intent abundantly clear. The purpose of Congress’s authority was not for overriding what the people of the District wanted their local laws to be. The purpose was to make sure that Congress could protect national security interests in the nation’s capital. The authority of Congress over the District was established in reaction to the fact that in 1783 the Continental Congress had to flee Philadelphia for New Jersey due to a local uprising after Pennsylvania took no action to address the uprising and protect the Congress. In response, the framers gave Congress broad authority over the capital to protect the federal government from local interference.

But the framers did not intend for Congress to use that authority to substitute its own policy judgments for those of the locally elected government on local matters. James Madison, the primary author of the Constitution, said of the capital city in Federalist No. 43, “a municipal government for local purposes, derived from their own suffrages, will of course be allowed to them.”
As for the Declaration of Independence, it’s true that it says that people “are endowed by their Creator with certain unalienable rights, that among them are Life, Liberty, and the pursuit of happiness.” But it is the next sentence of the Declaration that matters here. The founding fathers went on to say that “to secure these rights, governments are instituted among men, deriving their just powers from the consent of the governed.”

In fact, if it does so, it will be inconsistent with another central tenant of the Declaration of Independence: that citizens are opposed to “taxation without representation.” District residents are the only US citizens who are required to pay federal taxes, obey federal laws, and fight in our nation’s wars, yet have no vote in the Congress that imposes those taxes, passes those laws, and declares those wars. The District is the only place in America where Congress countermands local laws passed by locally elected officials, including laws determining how residents want their locally raised tax dollars to be spent.
Contrary to what Chaffetz has said, the congressional practice of second-guessing and undermining local DC laws is inconsistent with both the Constitution and the Declaration of Independence. Congress should stop trying to handle DC’s local affairs. It has much more important things to do.

Walter Smith is executive director of the DC Appleseed Center for Law and Justice.