Most days of the week, a weathered-looking man stands on the corner of Seventh Street and Pennsylvania Avenue SE selling Street Sense, a local biweekly paper covering homelessness, poverty, and social issues. He asks passersby if they’d like a paper, but doesn’t press them. And he’s always wearing a smile.

When Metropolitan Police Department Officer James Keenan goes by on his neighborhood patrol, he always makes a point of stopping and saying hello to this guardian of the corner. “Leon, what’s going on?” Keenan asks on a warm February afternoon.

Leon lays it out for him. He’s doing well, living in his apartment and not on the streets, but he has a major health issue that might set him back. Keenan reassures him that the officers can help if needed. The conversation turns to those of Leon’s acquaintances who might come back to the neighborhood soon, and to two women causing trouble in the Eastern Market area as of late. Keenan knows some of the troublemakers in the area, but Leon isn’t one of them.

Keenan, a 28-year-old standing at 5 feet 10 inches and with a slight build, has served in DC for more than three years. He spends much of his eight-hour, five-day-a-week evening shift stopping in on local businesses around Police Service Area (PSA) 107, surrounding Pennsylvania Avenue on Capitol Hill. He patrols on his mountain bicycle either solo or with another officer.

Keenan believes in the importance of knowing the community and people he serves on the good days and the bad. “It’s about getting to know them as people and helping them out where we can,” he said.

It Runs in the Family
Officer Keenan grew up in northern Virginia and still lives there, just outside of the District. In his off time he visits his family in Charlottesville, the town of his alma mater, the University of Virginia, where he earned his bachelor’s degrees in history and psychology. He once thought about staying in school for a law degree, but he always knew he wanted to join the police force. His father worked for the Metropolitan Police Department for a while as a sergeant in the academy.

Officer Keenan admires the pride officers feel working in the nation’s capital. “I can never imagine leaving, I’m enjoying it,” he remarked. “I definitely see a career in it.”

Since graduating from the police academy he has worked in the First District and hopes to continue with the team he now considers family. With the National Mall, Chinatown, Capitol Hill, the Waterfront, and H Street within the First District boundaries, this assignment gives him an ever-evolving experience. “I like this job because you never know what’s going to happen,” he said.

The job does come with rough spots. Police don’t usually get a call on someone’s best day. Arresting and lecturing people older than his 28 years can feel strange, he said, but lending a hand and improving safety for local businesses around Eastern Market, Pennsylvania Avenue, and Barracks Row make it worth the effort. “I didn’t join this department to save the world,” Keenan explained. “I think if we can help someone each day, that’s kind of enough.”

Knowing Your Neighbors
Keenan started patrols with the First District in PSA 106, the Southeast area along the Waterfront, up toward the Hill and reaching to South Capitol Street. He remembers riding by a mother and her young daughter, Mary, as they walked up toward Pennsylvania Avenue each day. “I remember first seeing her and I told her mom, ‘I’m going to make her smile,’” he said. “And she [Mary] was just not having it.” Now Mary and her mother always call out to Keenan and his partner as they ride by just to say hello, he said.

Knowing the people and building relationships with the locals makes police work more personal. It makes officers seem more relatable and a resource when someone needs help, he said. Keenan used to feel intimidated by officers in uniform growing up, but now he understands. “We’re people, too,” he said.

Back on the street, Keenan stops in on an older woman leaning against the entryway to &Pizza on Barracks Row. Businesses will often call in complaints of people loitering around their stores or restaurants. Keenan knows many of the people who frequent the area, and this woman is simply pausing for breath before she heads to the Metro station to get to Anacostia, she said.

Keenan puts his hand on her shoulder to check if she’s all right and then heads to his next stop, the 7-Eleven store up the block. Small convenience stores like this one and the CVS at Seventh Street and Pennsylvania Avenue often report thefts and robberies, so Keenan pops into the store to check in with the owner. It’s all smiles, so he moves on.

And so on down the street, Keenan patrols, shakes hands, asks a man how his appendix is doing, knocks on the door of Vicky (her birthday was Feb. 15), and answers the hellos of people walking by. 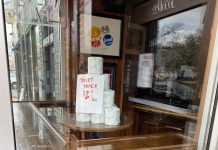 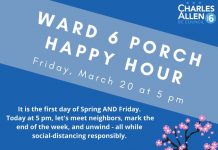 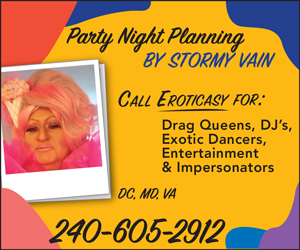 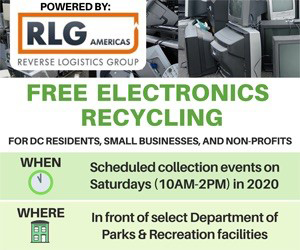 What Day Are Hilloween, Howl-O-Ween and Halloween?

Come Together for MPD National Night Out Tuesday