‘Cezanne and I’
France has much to celebrate for its remaking of European art and culture in the second half of the 19th century, especially in the plastic arts from Courbet to Monet and beyond. The new film “Cezanne and I” (Cezanne et Moi) personalizes a segment of that fecund period with a lovely reimagining of the lifelong friendship between perhaps the greatest French painter of that epoch, Paul Cezanne, and the ground-breaking novelist Emile Zola. Written and directed by Daniele Thompson (“Jet Lag”), the film honors both the artists and the world they moved in. (The film is rated R and runs 117 minutes.)

The film opens with a fateful meeting between the two giants in Zola’s handsome country manse in 1888, the year their friendship foundered when Zola wrote a novel negatively depicting his old comrade. From that framing device, the action shifts to their lengthy backstory, starting with their grammar school days in 1852 in Aix-en-Provence. Their mutual struggle to succeed as artists is traced through time, jumping from the 1860s, when they were forming their own styles, into the 1870s and 1880s, when they were forging their mature works.

In every scene between them, we observe them in searching and contending conversations about their art and lives (these guys are Frenchmen, after all). The conversations reveal both their affection for one another as well as their native contentiousness. Zola (Canet) is the intellect, smooth but sardonic, yet with an open heart, especially for the French working classes he writes about. Cezanne (Guillaume Galliene) is all intuition, cantankerous and bold, rejecting the painting of the staid Academie to pursue his own visions.

Over time, Zola becomes a “great man,” a best-selling author who lives a bucolic bourgeois life in the Paris suburb of Medan with his conventional wife Alexandrine (Alice Pol) and a favorite mistress Jeanne (Freya Mavor)). Cezanne, though from a well-off provincial family (his distant father runs a family bank), sells almost nothing, lives with his mistress/wife Hortense (Deborah Francois), and continues to depend on his parents, even as he re-envisions the standard subjects of painting, portraiture, still life, and landscape. How that varied economic dynamic tests their bond is also limned in the film.

Essentially a reverie of the men’s relationship, with a gorgeous backdrop of the French countryside that surrounds them, the film evokes a brace of famous French paintings by stalwarts such as Manet, Pissarro, and Renoir. None of this imagery is more telling, however, than when Cezanne happens upon a sight of Montagne Sainte-Victoire in Aix, a mountain landscape he made his own in many works. His rapt coming upon it in the middle of the film could be seen as a facile movie version of “inspiration,” but for this viewer it works wonderfully, particularly if you know the artist’s oeuvre.

Thompson’s script is tart about the artists’ work. In the petulant scene of the breakup, Emile chides Paul by exclaiming, “You don’t read my books anymore; you judge them” (and by extension, the writer). Cezanne counters that Zola has become “merely a voyeur.” Earlier, Cezanne’s long-suffering Hortense reproaches the painter for “lavishing your love on the canvas” rather than upon her. She adds, “There is more humanity in his apples than in his eyes.”

This is a film of bon mots and bon “shots.”

‘Norman’
Is a movie about an inveterate hustler worth your time? With Richard Gere in the just-released “Norman,” I would argue its worth your time and ticket. Gere, for so long the heartthrob stud, has now, at 66, morphed into a character actor who lately favors New York settings. He has been a Wall Street magnate in “Arbitrage” (2012) and a homeless guy in “Time out of Mind” (2014). In “Norman” he oddly combines those two roles as a desperate Manhattan hustler who seems to have no fixed address. He plays an unsympathetic character who somehow gets under your skin, in good and bad ways. (The film opens May 5, is rated R, and runs 117 minutes.)

“Norman” is the followup to “Footnote,” a film made by Joseph Cedar, the Israeli-American director who scored with that unlikely story of a father and son feuding over obscure Talmudic interpretations. Cedar was born in New York but emigrated to Israel as a child. He has returned as an adult and has given a soulful reading of the city.

Norman Oppenheimer (Gere) is a full-time operator but with little means and less charm. He lives on the margins of New York City power and money (he is characterized as “a delusional name-dropper”). His office is a park bench. In dreaming up financial schemes that never come off, he angles to be everyone’s friend, but his incessant networking and perpetual lying leads him nowhere. Ever seeking someone to pay attention to him, Norman smells out Micha Eshel (Lior Ashkenazi), a needy Israeli politician adrift in New York. Sensing Eshel’s vulnerability, Norman charms Eshel by buying him an extravagant pair of shoes, a gesture that genuinely touches the politician. When he becomes the Israeli prime minister three years later, he remembers and proudly names Norman as his envoy to New York Jewry.

Now connected to a world leader, Oppenheimer finally commands the respect he has always craved. Excited by his newfound celebrity, Norman uses Eshel’s name to leverage a series of deals: linking Eshel to Norman’s nephew Philip Cohen (Michael Sheen), to Norman’s Rabbi Blumenthal (Steve Buscemi), to Wall Street trader Joe Wilf (Harris Yulin) and his assistant Bill Kavish (Dan Stevens), among others. Then Eshel, pushing a controversial peace initiative back home, must confront a scandal involving a “US businessman,” and Norman’s elaborate schemes begin to crumble with the potential to create an international financial collapse.

Call “Norman” a comedy-drama, though it starts as mostly drama with Cedar’s laser focus on his ineffectual protagonist. As it tumbles to its intricate finale, the comedic elements first sneak in then begin to dominate. Cedar has remarked that he based his story on an archetype that has played out in history and literature for millennia, “the court Jew,” a poor figure who allies himself with a man of power through a favor.

“Norman” has a lively and varied cast, fine actors in good character parts, notable among them Sheen as a nervous Nellie Cohen who knows Norman’s moves all too well, and Buscemi as a gregarious – and comic – rabbi, somewhat soft on Oppenheimer until he senses betrayal in the man’s empty promises. Lior Ashkenazi is a noted Israeli actor (he played the son in Cedar’s “Footnote”) who shines here as a decent yet ambitious political figure who dreams of Middle East peace and cannot give up his sometime “friend” Norman.

Gere, no longer the comely rogue, is a hapless loser. Cedar and Gere capture that haplessness in his visage: an enclosing camel hair coat, scrunched cap, old school glasses, floppy white hair, and a cavalcade of tics. He is a motor mouth who greets every new contact with, “I would be glad to introduce you to …” an influential someone he barely knows. His character is irritating, even infuriating, but appropriate for Norman, and never vicious or treacherous. He wants to help but simply cannot. As Gere described him in a TV interview: “There is no darkness in this guy.” Precisely, and Gere nails him. 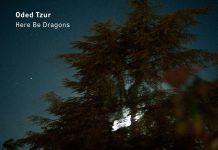 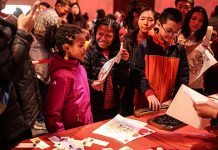 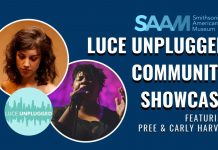 NRBQ Keeps It Loose and Fresh