Detectives from the Metropolitan Police Department (MPD) Homicide Branch are investigating a murder that occurred in the 1700 block of Benning Road NE on Saturday Oct 28th.

At approximately 10:04 p.m., members of the Fifth District arrived at that address to investigate after receiving a call. When they got there, officers found an unconscious and unresponsive man inside a residence.

DC Fire and Emergency Medical Services (FEMS) responded and pronounced the man dead at the scene. His body was transported to the Office of the Chief Medical Examiner.

An autopsy was performed on the man’s body on Sunday Oct 29th. The cause of death was determined to be asphyxiation and the death was ruled a homicide.

The victim’s name is being withheld until the family is notified.

Anyone with information about this case is asked to call the police at 202-727-9099.  Additionally, anonymous information may be submitted to the department’s Text Tip Line at 50411.

In the early morning of Monday Oct 30th, two subjects approached the 7-11 at 407 Eighth St. NE. One entered the store wearing a black mask while the other waited outside. The subject inside demanded money from the cashier while gesturing with his hand in his pocket as if he had a weapon.

The cashier complied and gave the subject money from the register. Both subjects fled in an unknown direction.

This incident is currently being investigated and anyone with any information involving this can call MPD at 202-727-9099 or message the Text Tip Line at 50411.

At 12:30 a.m. Saturday, a man was arrested on the 900 block of Delaware Avenue SW on charges of Threats to Do Bodily Harm.

At 11:00 a.m. Saturday, a man was arrested on the 200 block of Seventh Street NE on charges of Misdemeanor Sex Abuse.

At 2:40 p.m. Saturday, there was an attempt to commit robbery on the 1300 block of Fourth Street SW.

At 7:00 p.m. Saturday, two men were arrested on the Unit block of Potomac Avenue SW on charges of Carrying a Pistol Without a License.

The Blotter is based on the reports posted on October 28th-30th, 2017 by the MPD to the 1D Listserv and 5D Listserv. 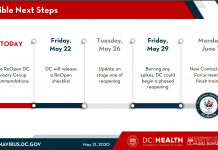 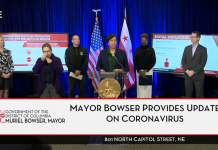 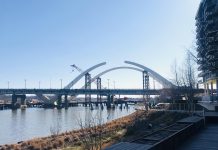