The White House grounds are a unique example of American residential landscape design, embodying writer Nora Gallagher’s observation that “the road to the sacred is paved with the ordinary.” That is, between Nov. 1, 1800, when the first presidential occupant (John Adams) moved in, and today, all familiar garden trials and tribulations occurred, and then some, on the 18-acre site. The land required grading and drainage, tree planting and re-planting, fencing, roads, walkways, and other improvements befitting a national capital residence, including fortified and ceremonial spaces. Plus, the residential site required areas for private family recreation and respite from public appearances.

Today, we have the setting for some of the most memorable moments in our collective history, and a place, not a palace, in the American mold envisioned by George Washington and the other founders.

Throughout history the site’s development and maintenance has been overseen by a remarkably small number of head gardeners – men who often held their posts for 20-40 years, providing an unusual continuity of care, right up to the current grounds superintendent, Dale Haney, whose White House tenure began in 1972.

The story of this landscape is now told in the book “A Garden for the President: A History of the White House Grounds” by Maryland historian Jonathan Pliska. Published last year by the White House Historical Association on the occasion of the National Park Service’s centennial, the award-winning, generously illustrated, 308-page volume is a worthy addition to any garden lover’s library, especially for those living within a few Metro stops of the White House.

With and Without Plans
In our own homes, we naturally plan ahead before tacking on an addition, while all too often we undertake garden and landscape additions with little consideration of their effect on the parcel as a whole, let alone creating a design drawing in advance. So it might not surprise you to learn that the White House grounds were treated in a similar fashion by a string of its relatively short-term occupants (the presidents) right up until Franklin Delano Roosevelt, who hired Frederick Law Olmsted Jr. in the 1930s to make some sense of the property.

Although President Thomas Jefferson created a landscape plan during his White House tenure, there had been only one early landscape plan done by an outside professional, commissioned in 1850 by President Millard Fillmore, who hired the young American landscape rock star Andrew Jackson Downing. As Pliska writes, Downing’s plan was for “all the ‘Public Grounds’ of Washington, DC, including the President’s Grounds. [The] draft plan … was a masterpiece … but the White House site is rendered in only a rudimentary way. Downing tragically died in a steamboat accident before he provided additional drawings, and his plans for the presidential enclave died with him. [His] death stands out as the most ‘what if’ moment in the history of the President’s Grounds.”

“Fortunately,” Pliska adds during our conversation, “though eight decades of piecemeal followed Downing’s death, the lack of professional input was mitigated by those head gardeners with long tenures.” Pliska lists them in his book, while noting that they were background folks, “truly professional while largely unrecognized,” so we have few photographs of them.

Meanwhile, Olmsted Jr’s 1935 plan, the drawing of which is published for the first time in Pliska’s book, recognized that while change is inevitable, certain guiding principles will maintain the essential noble character of the place and its relative location to other iconic DC monuments and sites.

“That is why Olmsted Jr. was such a genius,” says Pliska. “He limited ornamental plantings and kept cars out as much as possible. And when roads were required, he lowered the grade so they would appear less intrusive.” The book shows the Downing and Olmsted plans side by side. Writes Pliska, “the Olmsted plan remains the baseline document for the use, maintenance, and development of the President’s Grounds to this day.”

Trees and Gardens of Note
Gardeners will enjoy part three of Pliska’s book, “What Grows on the President’s Grounds,” with the chapters “The Trees as Living Witnesses,” “Food for the President’s Table,” and “Ornamental Gardening.” Despite Mark Twain’s advice never to use a five-dollar word when a 50-cent word will do, the White House grounds truly are a palimpsest, “something having usually diverse layers or aspects beneath the surface.”

Although Olmsted Jr. brought on noted landscape architect and researcher Morley Jeffers Williams to perform the first ever historical analysis of the grounds, the fact is that we don’t know which tree is the oldest, or which important trees blew down in storms, or when. In contrast to detailed extant historical records of landscape-related labor and materials expenditures, horticultural records are sparse.

That said, two famous existing trees are a pair of southern magnolias (Magnolia grandiflora) said to have been planted by President Andrew Jackson in 1829. The story behind them is juicy; read it yourself. However, the first photographic image of the South Lawn is an 1846 daguerreotype on page 230 of the book, in which these trees are missing, so don’t believe every historical plaque you read.

Another famous tree was the Russo-American Oak planted by President Theodore Roosevelt in 1904, a swamp white oak (Quercus alba) with a colorful history involving American-Russian relations. Acorns from a tree that grew near George Washington’s grave were presented to the Russian czar in the mid-19th century. The ensuing oak that grew at the Imperial Palace had a plaque saying it had been “presented [by the Americans] to His Imperial Majesty of the Emperor of all the Russians, as a sign of the greatest respect.” Acorns from this now-Russian tree were returned to America and propagated into the sapling planted by Teddy Roosevelt, though the tree has not survived.

The tree now thought to be the oldest on the White House grounds is a chestnut oak (Quercus montana). Pliska explains that it is not shown in the book because its massive size and surrounding trees make it difficult to photograph well. The book’s numerous contemporary photographs by Bruce M. White were commissioned by the White House Historical Association especially for this project.

There have been many kitchen gardens at the White House, records for which are fairly detailed. In President Lincoln’s time, an acre of land was devoted to this purpose. There was a large World War II-era victory garden in FDR’s time, and of course the vegetable garden created during the last administration. All of these are covered in Pliska’s book with plans, vegetable variety names, and photographs.

The famous Rose Garden, site of so many historic ceremonies, is the creation of Rachel Lambert “Bunny” Mellon, at the request of President John F. Kennedy. Mellon’s watercolor renderings are included in this book, while a detailed account of the garden’s creation and JFK’s involvement are recounted in a new Mellon biography by Meryl Gordon (http://merylgordon.com/). While the trees anchor the architecture and frame the views, the White House ornamental gardens frame the actors and provide the closeup backdrop to history.

Planning Your Visit
The White House garden tour occurs twice a year in October and April, and tickets are free. For information, see https://www.nps.gov/whho/planyourvisit/special-events.htm. Before you go, explore the book, which is available for purchase directly from the White House Historical Association (https://shop.whitehousehistory.org/a-garden-for-the-president) or on Amazon. In April, “A Garden for the President” was named the Benjamin Franklin Award Gold Winner by the Independent Book Publishers Association.

Author Jonathan Pliska began the project soon after completing a master’s degree in historic preservation from the University of Maryland. Originally a much longer National Park Service report, the project became a book over the course of several years. This effort is a big accomplishment, especially for a younger historian who said “yes” to what has become a significant and beautiful resource about the oldest continually maintained ornamental landscape in the United States.

Cheryl Corson is a local licensed landscape architect and writer (www.cherylcorson.com). She came to Washington, DC, in 1994 as a summer intern in the Preservation Assistance Division of the National Park Service to work on historic landscape publications. 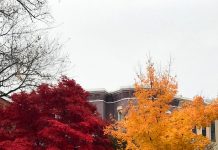