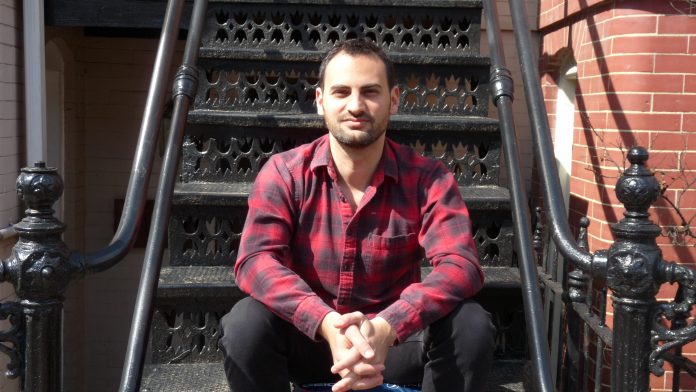 Reading Jonathan Lewis’s new book, “Babel On,” is like spending time in the company of a very observant and literate friend. Spanning the year, his poems present glimmering impressions of time and place, character sketches limned with a few well-chosen words, and stories that take on a life beyond the economy of their precise, telling details.

Jonathan’s poems have been published in five countries and written in English, French, and Spanish. “Babel On” is the winner of the 2017 L+S Press Mid-Atlantic Chapbook Series competition, and Jonathan was also the 2017 winner of the Southeast DC Library’s Haiku Contest and a runner up in the Golden Haiku Contest. He lives in Washington, DC, where he is a member of the Federal Poets, and co-hosts the Poets’ Corner@Tunnicliff’s reading at the Literary Hill BookFest.

Last Call on Capitol Hill
Perched on marble steps with a clove cigarette
and forehead sweat, listening to cicadas —
Tony’s day stretches forth like a shadow.
Flashback to thunder from an earlier storm,
the reveille of a backyard firework
booming between the columns.
These are the last legs of summer:
luxurious days, filled with iced tea and toothaches.

Pushing off the step, the body braces to lift itself.
Now strolling, his metal limb scrapes the bricks
that pave Eastern Market. He searches for his wallet
which has the prescription from the VA–
loses something every day–
while a fire still burns in the knee.

Mockingbirds scoop up fireflies in the dusk.
Tony emerges from the CVS with a plastic bag —
out come the bottles of pills. He pauses:
the bugler down on Barracks row
is kulning “Taps” in jaundiced light.
The bag rustles in his fingertips,
the ring long gone; he hasn’t spoken
to her in sixteen years.

A halo forms beneath the sodium lamp.
And then the world is twilight:
a humming choir, shades of gold-dust.
All that remains is the hollow face,
a window, an allostatic load. Tony glows
softly among the rowhouse shadows.

To purchase a copy of “Babel On,” go to http://www.linesandstars.com/ls-press/

Blood Orange: In The Spotlight And The Shadows