MVT Farmers Market Requests Support for Permit Renewal
FreshFarm Markets, which is a part of Mount Vernon Triangle’s (MVT) farmers market located at the 400 block of I Street NW, asked for support for a public space permit. The space will include 14 metered and two unmetered parking spots. Marriott moved to support the application and will communicate it in writing to the Public Space Committee of the District Department of Transportation (DDOT). The motion passed unanimously.

Request for Fifth Street Property
Rich Markus of Rich Markus Architects spoke before the commission to request support for historic preservation approval for a property located at 1112-1114 Fifth St. NW. Plans call for renovation and new construction, which will include interior renovation, an addition to an existing building and construction of a new building. The new construction will be an eight-unit apartment building on a parcel of land that is currently a vacant lot.

Jaffe asked Markus if the new building’s exterior would be brick and if it would be painted to match other brick structures on the block. Markus confirmed that it was already in the plans. Brown noted that the applicant had previously met before the ANC 6E Zoning Committee and that support was recommended. Although there were no issues with the plans, Brown noted that there were minor concerns over a lower-level doorway.

Jaffe moved to motion support for approval and will communicate it in writing to the Historic Preservation Review Board (HPRB). The motion passed unanimously.

Request for Expansion of Child Development Centers
Eva Laguerre, director of licensing and compliance of the Office of the State Superintendent of Education (OSSE), requested support for the DC Office of Planning’s proposed amendments to zoning regulations affecting child development centers.

The proposed amendments will expand daytime care as a matter of right instead of special exemption in Residential Flat zones, Residential Apartment zones, Mixed Use zones and the Walter Reed Zone. The amendments will also remove established caps on the number of children and eliminate the requirement for the location of play areas. In addition to requesting the commission’s support for the proposed amendments, Laguerre urged the community to testify at the hearing on Thursday, Feb. 8. The hearing will be at the Jerry R. Kress Memorial Hearing Room, 441 Fourth St. NW, Suite 220-S.

Results of Sewer Backup Investigation
Tanya Hedgepeth and Craig Frickle of DC Water gave a slide presentation on the results of their investigation into sewer backups which occurred during a rainstorm last Aug. 17. The investigation showed that the problems stemmed from private plumbing and draining issues. It was also revealed that there were no known blockages in DC Water’s sewers. Hedgepeth and Frickle said that the Northeast Boundary Tunnel Project will mitigate future flooding by creating additional capacity in the sewer system. The tunnel is expected to be in service in 2023. Other DC Water actions to mitigate flooding are the Backflow Preventer Rebate Program and the Floodproofing Rebate Program.

NEAR Act Resolution
A representative of Councilmember Charles Allen’s office spoke before the commission about the Neighborhood Engagement Achieves Results (NEAR) Amendment Act of 2016. Councilman Allen chairs the Committee on the Judiciary and Public Safety which funds the NEAR Act. This is a crime-prevention bill that supports the reduction of violence and works collaboratively with human services agencies to address unmet behavioral and mental health needs.

The representative spoke of two new offices that would be created by the NEAR Act: the Office of Neighborhood Safety and Engagement and the Office of Violence Prevention and Health Equity. At a later date, the commission will receive a resolution for consideration.

Steve Holton can be contacted at ssholton@gmail.com. 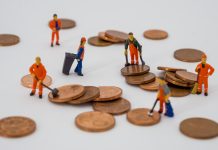 Intolerant of Intolerance in Ward 6