Hype Café sits at the corner of Pennsylvania Avenue and 12 Street SE, perfectly positioned to catch the morning sun through large east and north facing windows. Owner Samuel Mengistu is crowned with early morning rays coming through the skylight above the counter as he prepares morning coffees for patrons at the shop, which opens weekdays at 7 a.m.

Mengistu and his fiancée Hanna Tesfamikael renovated the 1300 sq. ft. space, formerly the site of Frager’s Hardware paint shop, for four months before opening on Saturday, March 3. Both are originally from Ethiopia, where Menguistu says that coffee has been part of their lives from childhood. “We love coffee and we want to share our love for coffee with everyone,” he said.

This is the first coffee shop for the pair, but not their first venture into food service. Tesfamikael, a graduate of George Mason University, also works for Marriott International. Mengistu worked for Foster Brothers Coffee until the Chevy Chase company closed about ten years ago.

A former Southwest resident, Menguistu said the two chose to open Hype Café on the Hill in part because of the small-town feel. He said the Hill has changed a great deal since he last lived in the area, but the sense of belonging is the same. “Besides the good changes that you can see, there is also a community feeling about it that impressed me the most,” he said.

He said Tesfamikael had been looking for the kind of community she had known in Chicago in the District area, and he had assured her there were many in DC. But she didn’t really see it until Saturday, when people came to welcome them to the Hill on the Café’s first day of business. Menguistu said that it made her feel like she was home again.

“It shows you how the community is so tight and amazing,” Menguistu said.

The 51-seat shop offers espresso and filter-based coffee drinks hot and iced, serving a selection of Ethiopian Arkibuna coffees. The Yirgacheffe is his go-to, Menguistu says. “People love it,” he said, noting that he and Tesfamikael selected the brand because of the emphasis on freshness. The shop also serves bottled beverages and a selection of pastries and offers free wi-fi for the café office crowd.

Menguistu says the shop is listening to the needs of the community to determine future plans, but so far he hopes to expand to include sandwiches and Ethiopian mixed-vegetables and injera in the near future.

While iced coffee is available, cold brew is not. At least, not yet. As summer nears, Menguistu says the couple wants to expand the cold-coffee offerings –“there will be some summer surprises,” he said – and the two plan patio space, possibly framing the shop windows on the Pennsylvania Avenue side and in the lot, along the east-facing windows.

The neighborhood has already embraced the addition to neighborhood businesses. In the next few months, Frager’s Hardware will be opening an indoor-outdoor garden center next door to Hype at 1123 Pennsylvania Ave., and owner Gina Schaefer has said that she and the staff are excited to have a coffee shop as neighbors.

The excitement is shared by those living nearby. Steve, a long-term resident, remembers the nearly forty-year tenure of Café Italiano and all the restaurants that preceded Hype Café at the address, and says he is glad to have the coffee shop in the neighborhood. “We welcome them,” he said. “We’re really glad to have a close place.”

He has already become a regular customer at Hype Café by the third day of business. Menguistu greets Steve by name when he arrives shortly after 7 that morning for a coffee with his friend Connie. He lives so near to the shop that he came to investigate the first time he saw that the neon ‘open’ sign was illuminated. He says the coffee and pastries are excellent, noting that he and Connie have sampled nearly every coffee shop on the Hill.

“We like places that open at 7 o’clock,” Connie adds. The two enjoy their coffee and pastries before Connie returns to order an almond-milk latte for her hairdresser. “We want to keep our hairdressers happy,” she said as she paid. 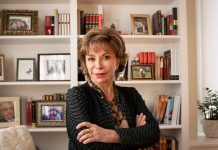