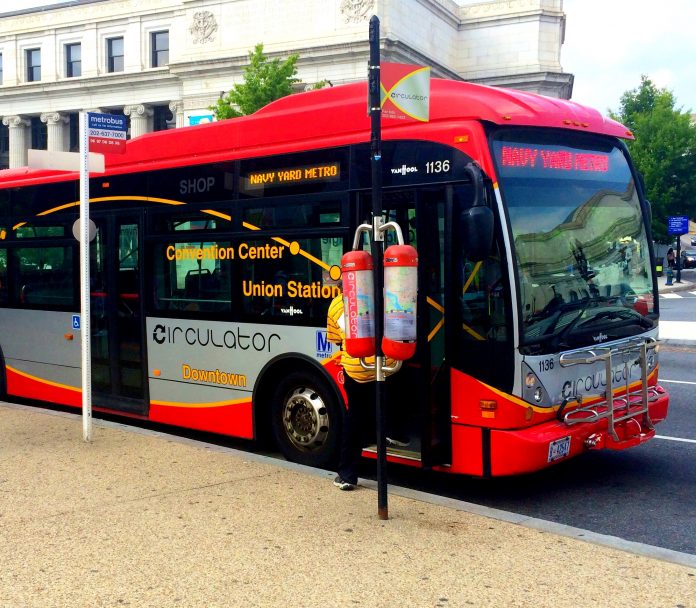 On May 21, the District Department of Transportation (DDOT) announced service improvements for the DC Circulator that will be implemented starting Sunday, June 24. The service changes are part of a process that began with the 2017 DC Circulator Transit Development Plan to assess overall system performance.

The route realignments will create new one-seat connections currently unavailable by Metrorail or Metrobus. Additionally, these changes will better align DDOT’s resources with growing activity centers such as Congress Heights and Southwest Waterfront as well as improving the reliability of DC Circulator service.

“These service changes build upon our concerted efforts to improve the DC Circulator system,” said DDOT Director Jeff Marootian. “Along with 40 new buses added to the fleet in the last year, including the largest fleet of electric buses on the east coast, these changes will improve the reliability of the service and bring the DC Circulator to activity centers in each quadrant of the District.”

Before the DC Circulator implemented these changes, the team conducted an extensive public involvement plan. The public was invited to comment online and in public meetings. DDOT also visited and met with affected Advisory Neighborhood Commissions (ANCs).

Following are the route realignments:

More Information on all DC Circulator service changes can be found online at www.dccirculator.com/2018servicechanges or by calling the customer service line at 202-671-2020.