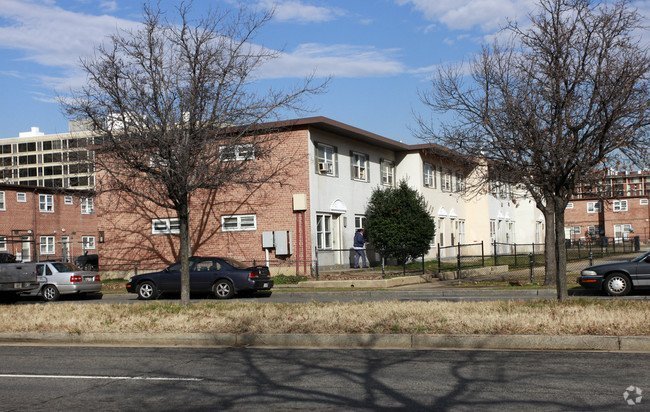 In just two months, the Washington Post has published a perspective and an op-ed on environmental hazards in Southwest DC due to economic activity. Yet, a different story within this same community highlights another vulnerability facing public housing residents of Greenleaf, housing displacement. As the housing chair for The Near Buzzard Point Resilient Action Committee (NeRAC), an informal Southwest resident advocacy group, I do not share the rose-colored view held by many that displacement will be minimal. Apparent barriers from identifying a temporary housing site to screening criteria that disqualifies applicants warrant an abundance of caution.

Five properties comprising different unit configurations of nearly 1,200 bedrooms are the target of redevelopment. Prompted by community concerns about the risk of displacement, City Council passed a non-binding resolution in 2015 to encourage The DC Housing Authority (DCHA) to adopt a “Build First” model, which appeared in the request for qualifications in 2017.

Minimal or zero displacement has become a common refrain in the Southwest and housing advocacy communities because the housing authority appears to embrace a model that, while lengthening the redevelopment period considerably, proceeds in a piecemeal fashion to minimize displacement. A portion of the property is demolished and rebuilt, while affected residents are housed nearby and seamlessly transition to their new homes once built. Then, the cycle repeats until the entire 15-acre project is completed.

However, the devil is in the details. Basic information is unavailable to make a well-informed opinion that this model can reasonably be implemented or will work. First, the linchpin of “Build First” is the temporary housing site. This has not been determined despite the housing authority’s aggressive timeline to issue a request for proposals and to identify a developer.

In spring 2017, it published a timeline indicating that a final agreement with the city for a Build First site would proceed prior to the request for proposals. Yet, DCHA has identified the shortlist of developers and plans to issue a RFP shortly. Further, DCHA officials recently told Greenleaf residents at a community meeting that it may have to consider “plan B,” using Greenleaf itself as a temporary housing site which, for obvious reasons, would result in displacement.

Second, little data exists to assess DCHA’s previous redevelopment efforts. Buildings go up and people occupy them. But, there are no studies of the consequences.

Of the nearly 500 units in Greenleaf, one third includes three or more bedrooms. Based on previous DCHA projects, is it reasonable to expect large families to be completely accommodated? Will one for one replacement reflect the current bedroom configuration? If not, displacement becomes a more likely reality.

Most importantly, the redeveloped property will no longer be federal public housing. Residents will be required to apply. Credit scores, background checks and income thresholds are likely. To what extent will the application process disqualify Greenleaf residents? No data is available on the denial rate for previous occupants of demolished DCHA properties such as Capper/Carrollsburg.

Greenleaf residents who are not in good standing with DCHA may be disqualified. This even though they may be withholding rent due to a legitimate grievance with the agency. Failure of DCHA to maintain habitable conditions within a unit such as providing running water, elimination of mold and pests, and fixing falling ceilings, for example, might motivate any public or private tenant to withhold partial or full rent payment.

There is even less data about residents displaced in earlier DCHA redevelopment projects choosing other form of public housing assistance, rather than applying for the redeveloped property. Did the application processes deter them? Do large families apply at a lower rate? If a household takes a public housing voucher, can they find better housing? Can they find housing in Southwest? Will they be forced out of the neighborhood to Wards 7 and 8, communities that have supermajorities of African Americans populations with high poverty rates and high health disparities and few healthy food options or amenities?

Redevelopment of Greenleaf requires a more honest and open conversation based on actual data and likely scenarios. We must move past wishful thinking to ensure that existing public housing residents continue to thrive and call the new Southwest, “home.”

Chris Williams is a SW Resident and member of NeRAC. Email him at chriswilliams06@gmail.com.

Restoring Democracy in the Nation’s Capitol

Promises To A Friend