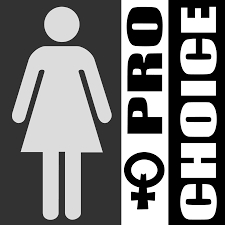 Disclaimer: The opinions expressed in this piece are those of the author and do not necessarily reflect those of the Hill Rag or Capital Community News.

As the Trump Administration wages an all-out war against reproductive rights, the DC Council has been a beacon of hope in the resistance.

Over the past four years, the Council has passed legislation to protect women who have abortions from discrimination, preserve affordable access to reproductive healthcare, and permit over-the-counter dispensation of contraceptives.

This work is admirable and defiantly progressive — especially in the face of a GOP-controlled Congress with veto power over DC laws.

As the 2018 Democratic primary approaches, many DC voters will be looking for candidates to carry on the fight for reproductive rights — which is why the current smear campaign waged by Ward 6 Democratic council candidate Lisa Hunter is so disappointing.

Hunter has made abortion rights a centerpiece of her campaign — in all the wrong ways. As part of a remarkably negative campaign against incumbent Councilmember Charles Allen (D-Ward 6), Hunter has distributed literature implying that Allen is weak on choice and supports abortion restrictions.

Nothing could be further from the truth. Allen is a stalwart supporter and legislative advocate for reproductive rights. Last year he sponsored and secured passage of legislation that bars DC insurance providers from charging additional fees for women’s health services, protecting affordable family planning from Congressional assaults on the Affordable Care Act. Allen’s record has earned him endorsements from the DC Chapter of the National Organization for Women in 2014 and 2018, as well as praise as a champion for reproductive rights from the leaders of Planned Parenthood and NARAL.

In an overwhelmingly Democratic city where many voters know more about Shinzo Abe than their local Advisory Neighborhood Commission, tarring a candidate with an anti-abortion brush is a craven but effective way to manipulate the electorate.

Our nation has enough candidates who peddle lies about abortion and abortion policy. Capitol Hill may lie within the boundaries of Ward 6, but that is no reason that our would-be councilmembers should behave like their Congressional counterparts.

Allen’s legislative accomplishments demonstrate a willingness to stand up to the Trump Administration on behalf of the women of his district — while Hunter has shown only her enthusiasm to use the specter of abortion restrictions as an electoral battering ram.

For this pro-choice reader, the Ward 6 primary is an easy choice.

Geneva Kropper is a resident of Ward 6. She can be reached at geneva124@gmail.com.

Don’t Bring Your Guns to Town

Another Kind Of Man