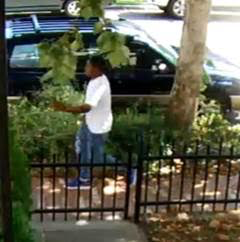 At approximately 12:00 p.m. Sunday, police responded to a report of a robbery at the intersection of 13th and Walter Streets SE.
A man was standing on the block when he was a approached by a suspect with a handgun. The suspect demanded money, and the victim handed over his wallet. Taking the money, the suspect fled South on 13th St. SE. The lookout is for a black male, approximately 18 years of age with a short haircut. He was wearing a white T-shirt and light or faded blue jeans with white sneakers.
He was captured by nearby surveillance cameras and can be seen in the photo above.
This case is being actively investigated by members of the First District Detectives Office. If anyone has any information or video that is relevant to this case, please contact the Metropolitan Police Department at 202-727-9099. Information can also be sent to MPD via text message at 50411. 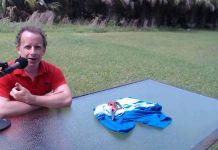