Everything about Quavaro Leather Goods radiates professionalism. The plan of the store’s open, sunny interior; the clean lines of the intricately-stitched leather goods lining the walls; and the logo, simultaneously reminiscent of artisan stitching and the Art-Deco period of aviation that inspires the designs.

But the store was not dropped on Seventh Street last November by a big company. It was built there, literally and figuratively, a year ago by the four hands of a young married couple. Cesar and Pial Vega took the money they had saved to buy a home on the Hill, and instead opened a business here –and a factory of their own in Mexico.

“We find that Capitol Hill is a really authentic neighborhood,” said Cesar. “We like the architecture, and its central location.”

The couple still hope to buy a home here, but first they want to build their business. And they say the Hill is the perfect place to do it. “The neighborhood really captures the historical imagination, adding to our story and our brand,” said Cesar.

Married five years ago, Pial and Cesar took a break from careers in international development and data analysis to travel the world, visiting more than fifty countries. When they returned to the District, they decided it was time to do something on their own, rather than return to their desks. They wanted to do something that would combine their desire to have a positive impact on the world with their love of travel.

“After all that travel, we realized how important the right bag could be,” said Pial.

They decided to design and manufacture ethically-made leather goods, marrying design and ethos but not dropping affordability.

“It’s also a great excuse to keep traveling –the perfect blend of what we love to do,” she said.

Cesar’s family connections led them to initially choose a small factory in Leon, Mexico, well-known internationally as a leatherworking center. They wanted to ensure quality of workmanship and materials. They also wanted to ensure their workers were treated fairly.

“We realized that this was something we could do that would put some good into the world,” said Pial.

However, when the factory was chosen by Disney to manufacture 3,000 character-themed bags a month, Quavaro’s more time-intensive pieces, although only 120 in number every month, suffered.

In January 2018, anxious about starting a new relationship after the previous year’s challenges, Cesar went back to Leon to try to find a new factory. “This was our one chance,” said Cesar. “We were afraid of a repeat, and we didn’t have money or tons of time if it went the same direction again.”

In line to buy tacos in the streets of Leon, he met Roberto, who was the production lead from the old factory. Learning that Roberto was dissatisfied with the work he was doing, Cesar proposed that Roberto helm Quavaro’s first workshop in Leon. “He knows the industry, he knows our bags, and he’s the best at what he does,” said Cesar.

Roberto helped assemble a team of 11 artisans, many of whom are from one family.

“We created a factory, but we didn’t want a factory environment,” said Cesar. “We wanted to create a culture where people wanted to work.” They offer an eight-and-a-half-hour day, two breaks and Saturdays off, with benefits from day one.

“We’ve had to turn people away,” said Cesar. “Roberto is a stickler for quality. He has high expectations.”

All materials used in the bags are bought directly from the suppliers, and Cesar has met all of them, from the family tanner supplying their leather to the President of YKK Zippers.

Pial said that at first, the idea of opening their own workshop was overwhelming, but she is happy it happened. She said the process gives Quavaro total control over the process, including material, suppliers, employment standards and ethics and the step by step process of making the bags.

“It makes a huge difference in the quality of our bags. We want to produce bags that will last a lifetime.”

Pial said that building a factory has also made them better designers, because they know the product more intimately. She and Cesar design every item, based on their experience traveling and drawing inspiration from 1930s and 1940s aviation, an era adored in childhood by Cesar and his father. The era inspires the clean lines and also incorporates functionality and durability into design. Most pieces draw their names from classic aviation, such as ‘Goose’, ‘Tomcat’ and ‘Concorde.’

Customer feedback also modifies design; the strap drop on one bag was increased by two inches after customers reported that it was difficult to wear as a shoulder bag for taller women or over winter coats.

The artisans contribute to the process. “Sometimes we propose a concept and they will frankly say, ‘that’s not practical,’” Pial said.

Quality is part of the design. All handles are reinforced with nylon tape, double-stitched between the layers of leather on the handles to create extra strength and prevent stretching. Rivets and stitching are reinforced where pieces connect and many bags have waterproof interiors or are completely waterproof.

You can see the inspiration of the golden age of aviation in the Albatross, weekend luggage based on an aviation helmet bag. With a water-proof interior and three interior pockets, the Albatross is available in full leather, but also in a vintage-inspired green felt canvas that really carries the vibe of the period.

Recognizing that some of the most intense travel is done by commuters, the two designed a piece called ‘DCA’ with them in mind. The zipper-bag has a pocket especially for a laptop and can be worn cross-body or as a backpack, carried as a briefcase or slipped over the handle of a rolling suitcase. The straps and handles that are not in use can be ingeniously tucked away.

A Connection to the Brand

Pial and Cesar say the neighborhood customers have been wonderful. “People feel a connection to our brand,” Pial said, “and if they can help in any way, they’re willing to offer their knowledge and experience.” They offer tips: a former employee at Kate Spade on design, another from Apple on marketing strategy.

Some customers remember Quavaro from their debut at the Eastern Market Flea Market in January 2017 or come in frequently just to say hello.

Nathalie Childress, a program coordinator in higher education, is one of the latter, calling Cesar And Pial ‘lovely’.

“I’ve sat and talked with them about everything. They’re kind and hilarious and they know a lot about what they do.”

In the market for a bag for her daily commute, she said she wanted to pay for quality and loved that she was supporting an ethical operation. “You know you’re going to drop a pretty penny on a bag, so you want to know you’re doing some good.”

Childress bought her go-to bag, called the ‘Piper,’ at Quavaro in the spring. It’s a red leather backpack with a vertical zip pocket on the back, one interior zipper pocket and two open. There’s also an easily accessible key clasp, a feature she loves because “I lose my keys like it’s my day job.” The bag expands as it opens, in case Childress needs to see all the way to the water-resistant nylon at the bottom.

“I loved that Pial could tell me the provenance of every component of the bag,” Childress said.

Childress’s backpack goes for $198; a herring-bone and leather version sells for $147. Small leather goods at Quavaro range from $30 wallets to $78 belt bags. Luggage ranges from $147 to the $350 all-leather DCA.

Starting Monday Nov 26 until Christmas, Quavaro will also be open Mondays and Tuesdays from 11 a.m. to 7 p.m. Or visit them online at www.quavaro.com, follow them on Instagram or FaceBook, or give Pial and Cesar a call at the shop: 202-672-3173. 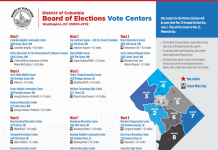 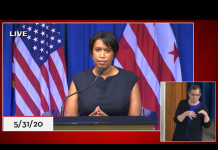