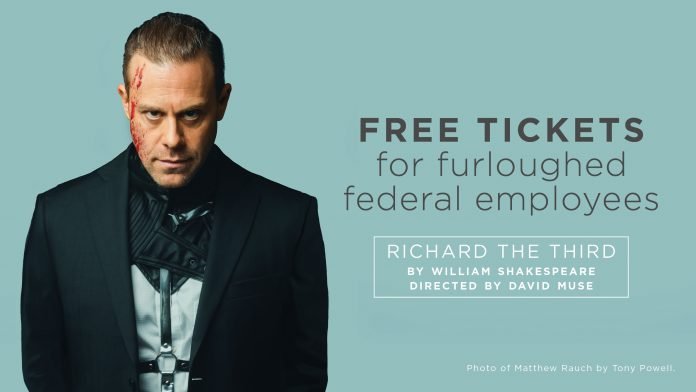 The Shakespeare Theatre Company (STC) has extended their offer to Federal Employees who were affected by the shutdown, by releasing 100 more free tickets for Richard the Third at STC for Opening Night on February 5.

Many consider the play an appropriate one for today’s climate. Director David Muse said it is a timely one. “It’s about how a country responds to a leader like this. We watch people negotiate with their own mortality, align themselves with power and resist secretly if at all.”

Only days after the 2016 election, Margaret Mead of The New Yorker said that Kings of War, a work that condenses the three Henry VI plays and highlight’s Richard III’s ascension to power was “the first great theatrical work of the Trump era.”   “Art can tell us truths when more conventional means of conveying intelligence have failed us,” she said. 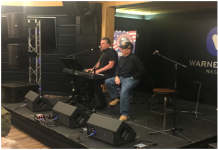