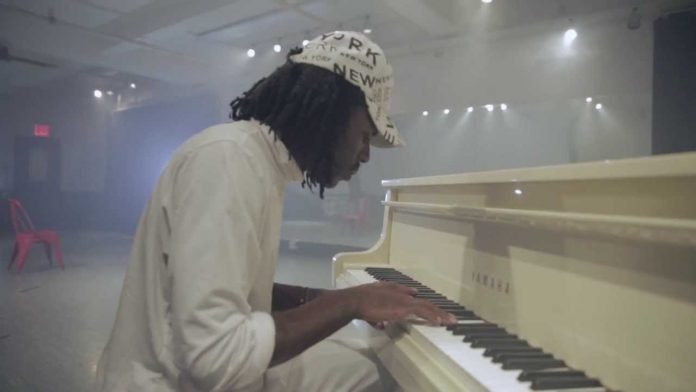 A woman, or perhaps a man, sings a plaintive gospel in a high falsetto voice, laddering up and up only for a synth to wade in when the tension is at a breaking point. The song cuts out and the sounds of police sirens come through followed by drums. This is what Devonte Hynes, the man behind Blood Orange, does best. You think you are listening to one thing, one song, one voice and the suddenly it is another.

Hynes eludes categorization in his music and his career as an artist. He has scored films, written and produced for numerous other artists from Mac Miller to Carly Rae Jepsen and helmed two other projects: Lightspeed Champion, a solo folk rock outfit, and Test Icicles, a punk leaning band from his teens that was signed but short lived. His influence was not well known until two songs he helped produce, Sky Ferreira’s “Everything is Embarrassing” and Solange’s “Losing You” became under-the-radar standouts.

Similar to artists like Robyn and Christine and the Queens, Hynes traffics in a brand of pop and disco that holds more darkness than it seems to at first glance. Most of his songs go down smooth but the sonics belie the seriousness of the sentiments he’s sharing. On “Best to You,” the female voice sings “Part of me is breaking / breaking apart when you come” liltingly over upbeat drums and twinkling synths. The song begs to be danced to but the lyrics reveal its longing and broken heart.

Negro Swan, his most recent album, is what Hynes calls an exploration of the “different weight of life” for marginalized people. It is a topic that he has explored before. Freetown Sound, his previous record, was dedicated to those who felt inadequate in their blackness or queerness. His work places black and queer experiences front and center from his album visuals—Cupid Deluxe’s boldly framed trans woman, Negro Swan’s demurring black angel—to his diverse array of collaborators, people like trans activist Janet Mock and prominent black rapper P. Diddy.

In this spirit of collaboration Hynes makes music that is multivalent. It is given to leaping in different directions and turning on a dime. In his songs he and others talk and sing and chant, at times over each other, their voices intertwining to become indistinguishable. It masquerades as many things—sample heavy tracks with Hynes lazily rapping over the top, buzzing 80’s synth joints that sound like they could be played through the halls of Prince’s mansion, saxophone tinged R & B, smooth as a pair of half buttoned silk pajamas. Ultimately, his music is grounded in the voices of brown and queer artists and icons that speak and sing their longings and sorrows and joys along with Hynes himself.

Have a Ball at Citi Open Taste of Tennis Monday