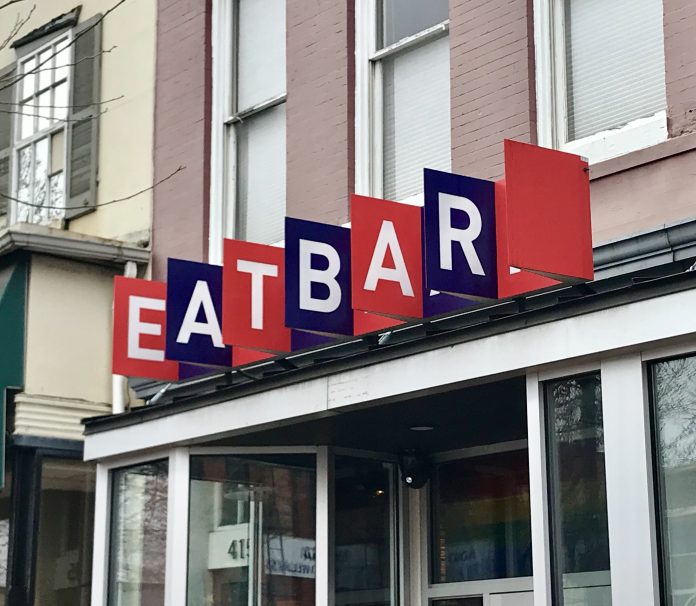 Barrack’s Row restaurant EatBar will close for the final time on Friday, March 15. EatBar made the announcement on Twitter Friday afternoon.

It is with great sadness that we share this news: EatBar’s last day of service will be Friday, March 15th. EatBar holds a special place in our hearts (so nice we did it twice!) as it does for so many of you. We hope you will visit us over the next week to say goodbye ??

Long the favorite happy hour of the Hill’s own Barred in DC, who first reported the closure Friday night, Eat Bar opened on Eighth Street SE in Spring 2016. Neighborhood Restaurant Group (NRG), which owns Eat Bar together with a number of other restaurants in the DMV, said that they had ‘very exciting plans’ for Red Apron Burger on the Hill.

Red Apron Burger has operated out of Eat Bar since Fall 2017, and Barred in DC has speculated that the burger restaurant will reopen at the NRG multi-restaurant, multi-bar concept ‘The Roost’ at 1401 Pennsylvania Ave. SE.

The loss of EatBar is a blow to Barrack’s Row. Despite the successful opening of District Soulfood at the former site of Banana Cafe, Eighth Street SE has suffered a few recent setbacks, including the closure of the Garrison in January and the vacancy at the old Phase I space after a short occupancy by pop-up bar Porron by ANXO.

Advisory Neighborhood Commission  (ANC) 6B has discussed ways of addressing concerns about the 400 block of Eighth St. SE. In February ANC 6B voted unanimously to create a Working Group on Barracks Row (WGBR) tasked with marketing Barracks Row and the businesses located there, a move supported by the Hill Restaurant Group, which has five restaurants on the street.

The first meeting of WGBR has not yet been announced but is expected to be held later in March. Watch the Hill Rag for notice.