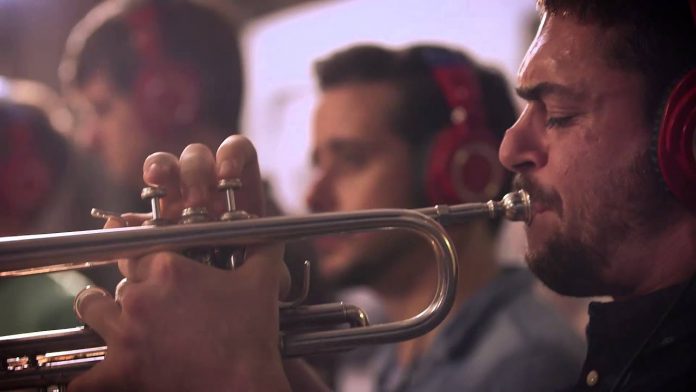 Jazz hits DC’s newest waterfront this weekend. After two weeks of performing in “hoods” all over the city, DC JazzFest arrives at The Wharf this Friday with an evening concert at the Anthem headlined by Snarky Puppy.

Formed in 2003 by bassist Michael League with college friends at University of North Texas, the band is a collective of up to as many as 40 musicians, who also pursue session and solo careers.  The band’s sound is hard to pinpoint. Combining American with international influences, listeners can expect the music to vary wildly as the band takes trips to exotic venues and then returns to the well of American funk and R&B.

While Snarky Puppy may be headlining, I think the real treat will be José James, one of their openers. I fell in love this artist after listening to his 2015 reinterpretations of Billie Holiday standards, “Yesterday I Had the Blues: The Music of Billie Holiday.” His silky voice and interesting arrangements gave this well-known material a new lease on life. Just listen to the ominous introductory bars to “Strange Fruit,” which takes on a new meaning in the era of Black Lives Matter. Make sure not to miss James’s soulful covers!

The fun continues on Saturday and Sunday from 2 to 10 p.m. on outdoor stages on the Wharf’s Transit and District Piers and at the Pearl Street Warehouse. Standouts include saxophonist Joshua Redman, pianist Janelle Grill and percussionist Terri Lyne Carrington. Saturday evening, the Anthem swings to the NOLA sounds of Jon Batiste & Stay Human and the Brass-A-Holics. Look for beads and a “second line.”

Hailing from the Twin Cities, Craig Finn is one of America’s preeminent story tellers. While most folks know his work with The Hold Steady, Finn has put out four impressive solo albums. His songs narrate the misadventures of the every man in the tradition of Bob Dylan and Bruce Springsteen.

“Magic Marker” from Finn’s 2019 release, “I Need A New War,” narrates the life of a veteran. After the veteran turns to grifting, a viciously attack leaves him severely injured. The song tells of his return to his hometown, where he works for his uncle, and labors over the simple act of signing his name. In “Bathtub in The Kitchen,” from the same album, Finn writes in gratitude to Francis, who allowed him to crash on a couch while finding his feet in an alien New York City.

Finn and the Uptown Controllers play The Rock & Roll Hotel this Saturday, June 15, an intimate venue that is sure to showcase his storytelling skills.

Andrew Lightman is the Managing Editor of Capital Community News. Living a mere stone’s throw from The Anthem, he worships the musical muse at many DC venues.