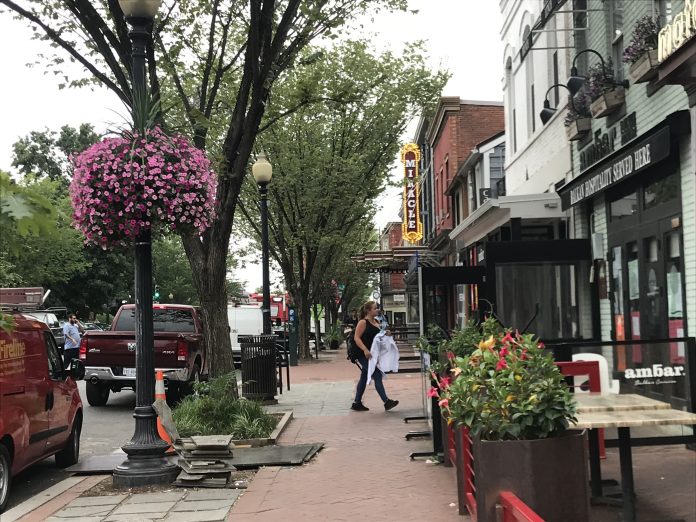 The sidewalks on Eighth Street SE, or Barracks Row, have become challenging, especially for pedestrians, strollers and wheeled conveyances. However, they are about to get some much-needed attention, and just in time for the neighborhood to celebrate on Eighth Street with the Fall Festival.

On Thursday, August 8th, the District Department of Transportation (DDOT) announced they will begin repairs to Barracks Row sidewalks beginning on Wednesday, August 14. This announcement was received with enthusiasm by the neighborhood, the 168 businesses on the street, and particularly by Barracks Row Main Street (BRMS), which has lead the effort for many years to encourage DDOT to remedy the difficult conditions. 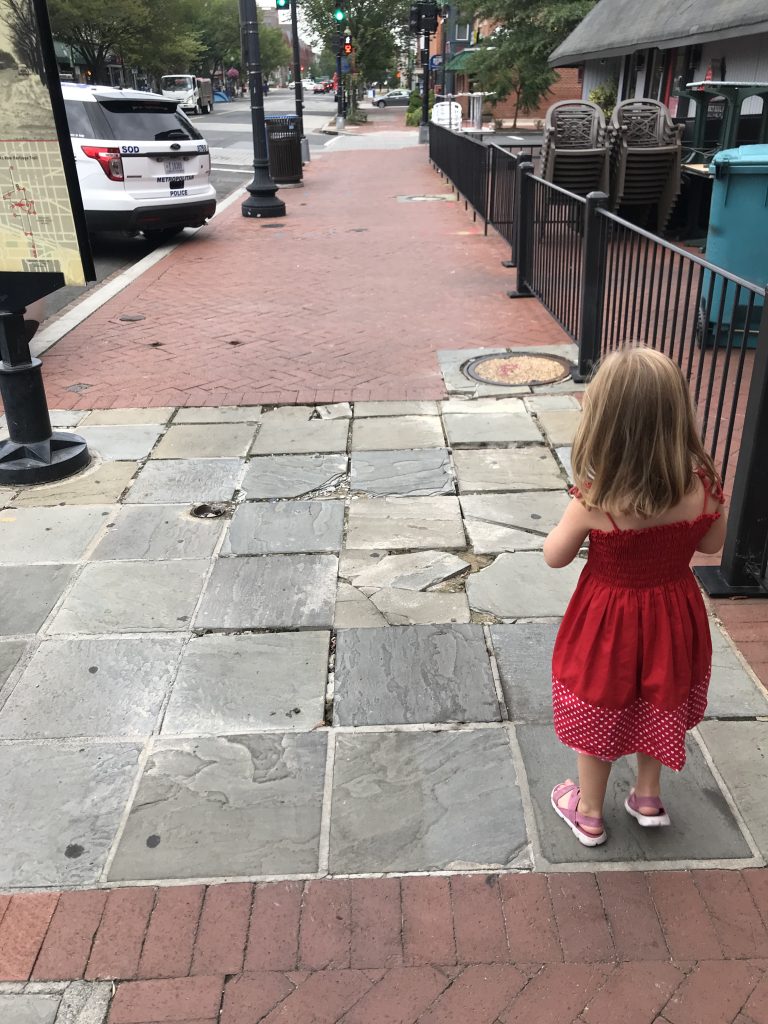 Businesses will be temporarily impacted by the work. As the project moves down the street, DDOT crews are to inform the businesses on the planned repair route for the next week.

Parking will be restricted between 7 a.m. and 7 p.m. Monday through Saturday until work is completed.

Some sidewalk cafes will be temporarily affected as crews work on the space directly adjacent to them. However, the sidewalk will not be completely rebuilt, minimizing the time frame of that impact. Brickwork will be repaired where needed, and the majority of the work will focus on the slate section of the tree box line adjacent to the curb.

As part of the sidewalk repair project, tree boxes mistakenly removed in the original paving project in 2004 around the E Street intersection (near Trattoria Alberto and District Soul Food) will be replaced. “The canopy of the new trees will help create a feeling of visual connectedness along the corridor and provide shade for the nearby sidewalk cafes,” said BRMS in a release.

DDOT is expected to take on some of the small sections of sidewalk leading up to Barracks Row on the letter street sides of Barracks Row businesses as well, such as the section between the sidewalk and the curb along the E Street loading zone beside 7-Eleven, as well as the sidewalk along G Street where tree roots have pushed up existing brick.

Mark your calendars to join BRMS in celebrating this much-needed and overdue “refresh” of the streetscape at the Barracks Row Main Street Fall Festival, coming to Eighth Street on September 28th! 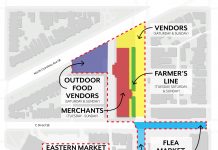 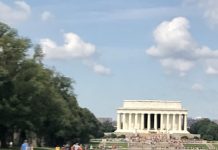