Celebrating Suffrage
Next year marks the 100-year anniversary of the ratification of the 19th amendment granting women the right to vote. It was not an easy victory. The fight lasted more than seven decades and involved thousands of women (and some men) who determinedly organized, lobbied, paraded, petitioned, and picketed—and were ridiculed, assaulted, and even imprisoned for their efforts. Nevertheless, they persisted.

In honor of their achievement, several DC museums have mounted special exhibitions. At the Library of Congress, “Shall Not Be Denied: Women Fight for the Vote” uses documents, photographs, and artifacts from the collection to tell the story of the struggle, from early inspirations such as Abigail Adams through the 1848 Seneca Falls Convention and the campaign for suffrage to ramifications beyond ratification. The exhibition is on the second floor of the Jefferson Building through September 2020. www.loc.gov/exhibitions/women-fight-for-the-vote

The National Portrait Gallery’s “Votes for Women: A Portrait of Persistence” showcases images of the women involved in the struggle: Susan B. Anthony, abolitionist Sojourner Truth, Seneca Falls participants Elizabeth Cady Stanton and Lucy Stone, Victoria Woodhull, the first woman to run for president, and Alice Paul, founder of the National Women’s Party and organizer of the first-ever march on the Washington Mall. The exhibition also includes items such as banners, a late 19th-century ballot box, and original writings by influential suffragists. Through January 2020. https://npg.si.edu/exhibition/votes-for-women

The National Archives features more than 90 items in its exhibition, “Rightfully Hers: American Women and the Vote,” including the original 19th Amendment as well as a variety of other records, artifacts, and photographs. They will be on display in the Lawrence F. O’Brien Gallery through January 2021. www.archivesfoundation.org/women

The Belmont-Paul Women’s Equality National Monument, formerly the Sewall-Belmont House, has long been ground zero for the history of women’s rights. Headquarters of the National Women’s Party for nearly 90 years, this museum in the shadow of the US Capitol and Supreme Court has a wealth of resources and displays on women’s suffrage, equal rights, feminist education, and social change. Now a National Park Service site, the house was designated a national monument by President Barack Obama in 2016. It is located at 144 Constitution Avenue and is free and open to the public Wed. through Sun. www.nps.gov/bepa

If you want to take on all four venues in one educational swoop, Smithsonian Associates is offering a day-long tour on Nov. 13. “DC Museums Salute the Suffragists: Tracing the Path to the Voting Booth” will be led by Rebecca Roberts, author of “Suffragists in Washington, D.C.: The 1913 Parade and the Fight for the Vote.” www.smithsonianassociates.org 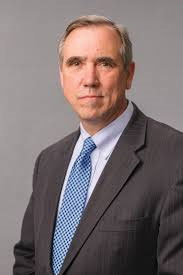 Writing Senators
Two senators have published books of note in recent months. Jeff Merkley (D-Oregon) tackles the immigration issue in “America Is Better Than This: Trump’s War Against Migrant Families.” Horrified by what he witnessed at the southern US border, including children being separated from their parents and placed in cages, he became a leading advocate for reform of the policies that created what he views as a humanitarian crisis. The videotape of his visit sparked international outrage and helped turn the tide against some of the administration’s worst excesses. Senator Elizabeth Warren calls his book “a powerful reminder of our moral duty to speak out and fight back.” Senator Merkley has served in the US Senate since 2009. 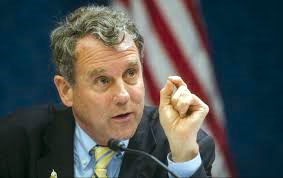 Senator Sherrod Brown (D-Ohio) has penned a history of previous occupants of the desk he has occupied in the Senate since 2006. “Desk 88: Eight Progressive Senators Who Changed America” profiles such illustrious political figures as Hugo Black, Robert F. Kennedy, William Proxmire, and George McGovern, as well as lesser known legislators, including Idaho’s Glen Taylor, a singing cowboy who taught himself economics and stood up to segregationists. A noted progressive himself, Senator Brown has long been a fighter for economic and racial fairness. He will be interviewed by local political insider and award-winning journalist Bill Press at the Hill Center, Nov. 19, 7:00 p.m. www.hillcenterdc.org.

Poetry on the Hill
The Folger Shakespeare Library hosts the 2019 Anthony Hecht Poetry Prize reading with Charles Wright and Katherine Hollander. Named in honor of celebrated poet Anthony Hecht, the prize is awarded annually to a poet who has published no more than one previous book of verse. Prize judge Charles Wright has authored several poetry collections and is former Chancellor of the Academy of American Poets and US Poet Laureate. Poet and historian Katherine Hollander is the winner of the 14th Hecht Poetry Prize and former Faculty Fellow in modern European history at Colby College. Nov 4, 7:30 p.m. www.folger.edu

The Life of a Poet series at The Hill Center features a conversation with Washington Post book critic Ron Charles and poet Reginald Dwayne Betts, whose memoir, “A Question of Freedom: A Memoir of Learning, Survival, and Coming of Age in Prison,” was awarded the 2010 NAACP Image Award for non-fiction. Betts is also the author of three books of poetry, including “Shahid Reads His Own Palm,” “Bastards of the Reagan Era,” and “Felon.” He is a graduate of Prince George’s Community College, the University of Maryland, the MFA Program at Warren Wilson College, and is currently a PhD student at Yale Law School. Nov. 20, 7:00 p.m. www.hillcenterdc.org

Liz Brasher Has Paid Her Dues