At the October 9th meeting of Advisory Neighborhood Commission (ANC) 6C, Commissioners said they had been frustrated in attempts to organize a meeting with representatives from District agencies to discuss encampments under the K, L and M Street NE overpasses. Commissioners also heard from residents who expressed concern for their own safety in the area as well as the safety of those living in the encampments.

Drew Courtney (6C06) said there was unanimity in the community that the situation was not working out to the benefit of anyone in the neighborhood, including those living in the encampments. Courtney reached out to ask the Deputy Mayor of Health and Human Services (HHS) to attend a meeting in order to hear community concerns, answer questions about why encampment residents have refused shelter and to clarify what part of District government is taking the lead on the issue.

Courtney said that the Deputy Mayor of HHS declined the invitation, citing a revision of encampment protocol already in progress. Courtney added that he was told the Deputy Mayor would be unavailable until the revision process was complete. The commissioner said this was upsetting, adding that he believed the community should speak to a revision of protocol and should also be informed as to the timeline for revision. He will continue to pursue a meeting and demand answers about the revisions to encampment protocol.

The commission unanimously supported a letter to the District Department of Transportation (DDOT) Director and the DDOT Associate Director for the Public Space Regulations Division, asking that they revoke existing public space construction permits to add stoops for entrance access and utility upgrade work on a new building at 629-631 Florida Ave NE.

The commission argued that a DDOT-approved traffic control plan does not provide safe accommodations for pedestrians and bicyclists, adding that construction work in the past few weeks has included trucks on the sidewalk, bike lanes and a newly constructed floating bus stop. The traffic control plan also inaccurately indicates that sidewalks are 12 feet wide, appearing to indicate that DDOT approval of the application did not consider new improvements to Florida Avenue NE, which narrowed the sidewalks. The letter requests DDOT improve its review and approval process for traffic control plans.

Transportation Public Space (TPS) Committee Chair Christy Kwan described a presentation to the committee of an early concept for a proposed brewery and restaurant at 601 New Jersey Ave. NW. The concept includes a large outdoor sidewalk cafe facing New Jersey Ave NW. No applications have yet been submitted as the team behind the plans first wants to gather early input from the community. The team stated, however, that they would not move forward with the project if there was a lack of community support for the sidewalk café.

The 3,500 square-foot sidewalk café would occupy space along New Jersey Avenue and G Street NW and include 156 seats. Overall, the committee was supportive of the concept and was encouraged by the early outreach from the project team, but requested that the project team conduct additional outreach to Central Union Mission (located across Massachusetts Avenue from the proposed site) as part of a planning process for the sidewalk café public space application.

Commissioners voted to support items on the consent agenda, including:
• a two-year extension of a Board of Zoning Adjustment (BZA) order allowing a special exception for Hillsdale College (19 Fourth St. NE, rear) to permit a one-family dwelling unit in a structure on an existing lot. The original exception was issued to the former owners in December 2017. Hillsdale purchased the property in October 2018 and needs additional time for design and construction.

• a Public Space application for the redevelopment of 1222 First St. NE for the 10-story mixed-use building including a new 291-room hotel by the Citizen M chain. Plans including a loading dock, utility vaults and a planting and seating zone. A letter to the Public Space committee requested five bike racks and a designated pick-up and drop off zone be added to plans.

• a letter proposing zone regulation amendments to clarify what relief is required from Zoning Code for additions to a non-conforming structure.

The commission voted to:
• send a letter in regard to a 1,000-page supplement to the District construction code reiterating that the deadline for comments from the ANC was entirely too limited to allow for detailed comment, and to recommend DC Council consider the changes and recommendations made in a letter sent by ANC the previous month.

• send a letter to DC Council objecting to a Petition from the Council of the District of Columbia proposing text amendments to DC Zoning Regulations in order to authorize short-term rentals in residential zones, arguing that the Zoning Commission (ZC) should conduct analysis and recommend zoning changes, rather than allowing Council to amend code. It further states that the ZC should adopt more stringent recommendations than those suggested by DC Council, including that homeowners should only rent their primary dwelling; to reduce capacity per room, and; reducing vacation stays from 90 to 60 days except in special circumstances such as work assignments or medical needs.

ANC 6C meets at 7:00 p.m. on the second Wednesday of every month (except August) in the ground floor conference room at the Heritage Foundation (214 Massachusetts Ave. NE). ANCs do not meet in August. The next meeting of ANC 6C takes place 7 p.m. Wednesday, Nov. 13. Learn more at anc6c.org.

This is a reprint of the report on the ANC 6C October meeting was first published in the November 2 print issue of the Hill Rag. Copy may reflect the date of original publication. 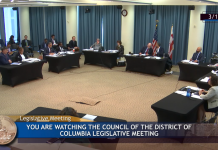 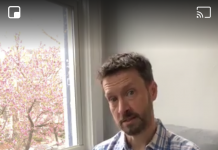