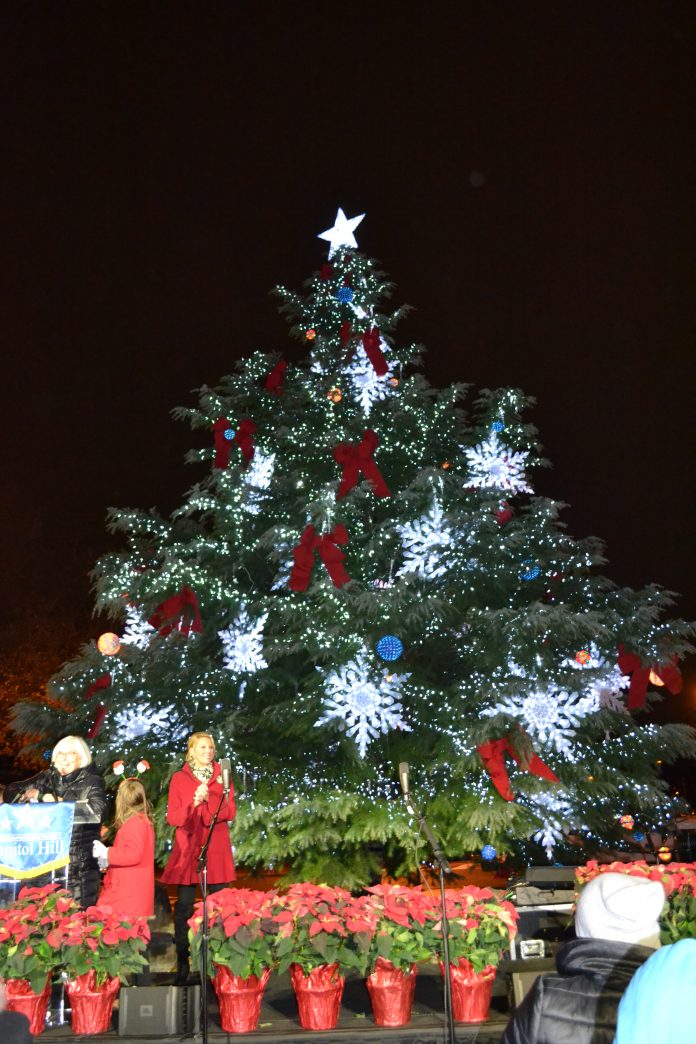 “The Hill is alive for the holidays!” she proclaimed as the ceremony began.

Congresswoman Eleanor Holmes-Norton (DC-D) also gave remarks, commenting on the special feeling on the Hill during the holidays and the way in which the tree-lighting reinforced the sense of community.

This year’s ceremony took place on the Southwest Quadrant of Eastern Market Metro Plaza, across from the Southeast Library. The holiday tradition has previously been held on the northeast quadrant at a tree known to many as Big George, but has been relocated this year due to health problems of that tree.

“Unfortunately, nature can be cruel and Big George did not make it through 2019,” said Brosmer. “What you may not know is that the tree in front of you was the original George Tree. So, luck for us, the celebration goes on.”

Brosner said of the 11 BIDs in the District, Little George is the only live tree to be decorated for the holidays.

The tree was the original planted to honor founding BID Chairman George Didden III. “George was a renaissance man, an amazing communitarian –a word I made up to describe George Didden,” said the BID President, “who believed that with a little help Capitol Hill could be a world-class neighborhood.”

Friends, family and neighbors gathered as Mrs. Kathy Didden, together with her two grand daughters, flipped the switch to illuminate the 30-foot Cedrus Deodara that was originally planted in spring of 2007 to honor the late George Didden III for his many contributions to Capitol Hill.

“My husband was a banker extraordinaire and a community –what did you call him? Advocate,” said Kathy Didden at the event. “Many of you worked along side him, and I am sure he would be proud of what Capitol Hill has become.”

“All this time Little George has been waiting in the wings for his night to shine. Well that night is here,” Didden said as she lit the tree.

The BID’s Clean Team, affectionately known as the ‘men in blue’, served hot chocolate, coffee and doughnuts, decorating the stage with poinsettias and making sure the crowd was warm with portable heaters.

This is the 13th Annual Capitol Hill Tree Lighting Ceremony. The Annual Community Menorah held on the front steps of Reformation (212 East Capitol St. NE) on Sunday, December 22nd, from 5:00 to 6:00 p.m.

Learn more about the Capitol Hill BID, the Menorah Lighting and the Holiday Tree Lighting by visiting the BID website. 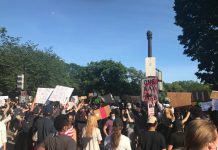 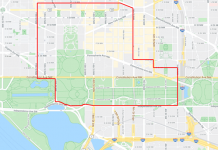