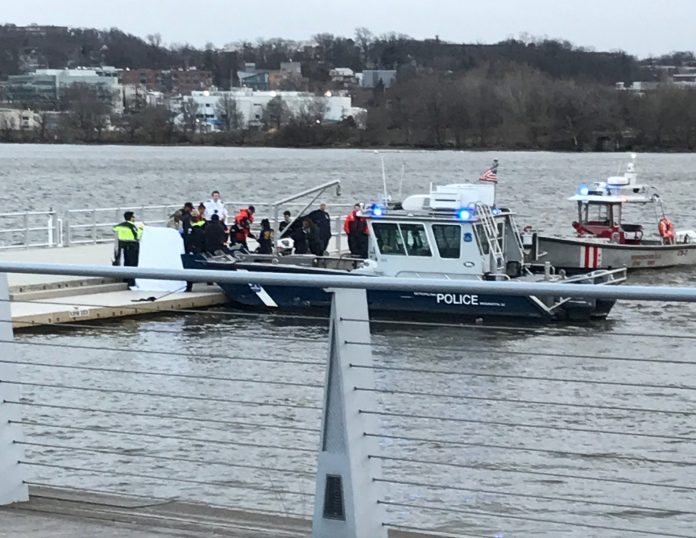 It happened near the 800 block of M Street SE Jan. 11. Around 4 p.m., joggers along the Riverwalk near Yards Park observed a Metropolitan Police Department (MPD) boat.

Observers told the Hill Rag that while officers were trying to shield the victim from view, it was clear that they had pulled a body from the water.

MPD First District Commander Morgan Kane said that a call was received around 2:30 p.m. Jan. 11 reporting a body in the water.

Kane said that police are investigating the circumstances of his entry into the water but said there are so far no obvious signs of foul play. “There’s nothing to make us think it is a suspicious death at this point,” Kane said.

MPD did not provide further identifying information in regard to the deceased man.  A representative said that Natural Squad, the unit that investigates all natural deaths occurring within the District of Columbia, was requested.

MPD said this is currently a Death Investigation.

This is an active story and will be updated as information is received.