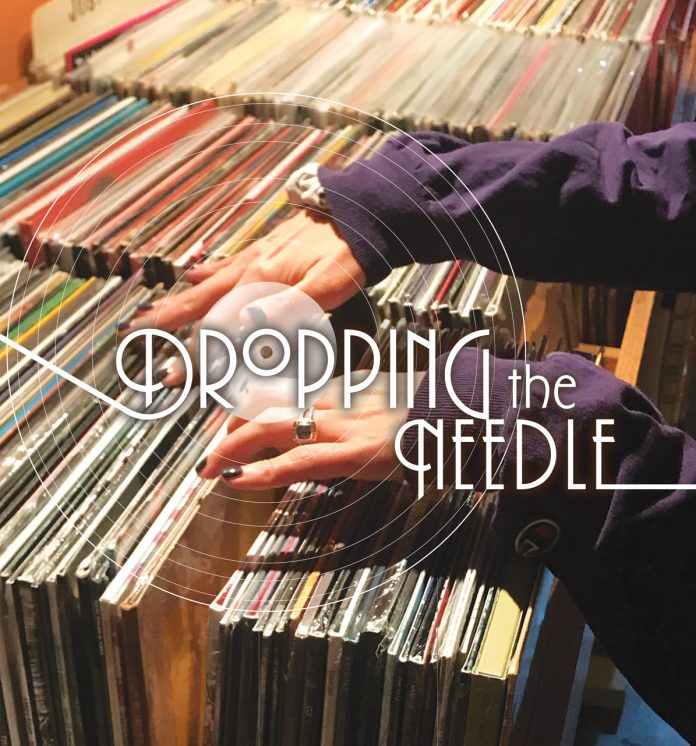 The needle drop on a vinyl record is a classic cinematic shot. Consider The Shawshank Redemption scene where Andy Dufresne plays Mozart from the warden’s office. Maybe you have seen that Corona commercial that opens in a similar fashion. The moment of silence preceding the needle touching down coupled with the initial scratching sound the record makes as the speakers hum to life captivates the eyes and ears.

In the not too distant past it appeared that vinyl faced extinction, much like the eight-track tape. Yet, despite the popularity of streaming services, vinyl has survived and thrived. Go to any show at the 9:30 Club. Watch the toque and flannel set buying records at the merch counter. According to the Record Industry Association of America’s 2019 mid-year report, vinyl accounted for $224 million of the music industry’s $5.4 billion revenue, up 13% from last year. Sales continue to surge.

The Magic of Vinyl
The way a record is made is one of those ordinary miracles that one is simply accustomed to. Mixed sound is played into a record cutting lathe where the sound waves move a needle head, cutting grooves into a thin lacquer disc. The depth of the grooves represents the shape of the sound-wave. Then the lacquer copy is used to make a stamper, a perfect negative image of the record made of metal with ridges instead of grooves. The stamper is loaded into a hydraulic press, pushed into soft vinyl, and that becomes the record.

From there the record’s needle rests on the ridges and the needle’s movement shakes a magnet inside a coil of wire which induces a fluctuating electric current. The current travels to a speaker, which converts electrical signals into kinetic movement, in turn creating the music.

Vinyl stores are modern Cabinets of Curiosity in which one can discover and rediscover music. The albums in their racks make up the soundtrack of our lives. I recently embarked on an odyssey through five DC vinyl shops.

“I appreciate the importance of the physical, which is why stores are important. A physical space allows people to come and engage with something they like alongside other people,” says proprietor Ambrose Nzams. “I like to hold stuff in my hand, and I love to look at things that you can find in the album.”

I selected Little Feat’s  Sailin’ Shoes. The artwork by Neon Park is gorgeous. The liner notes incorporate song lyrics and song credits. Reading along after dropping the needle is an experience that streaming cannot match.

SOM Records
Walk for about five minutes down the street and climb down another short staircase and visit Som Records (1843 14th St. NW, www.somrecordsdc.com). The walls, mostly hidden under posters and mounted record covers, are painted a deep orange that subdues the lighting.

This cozy hole in the wall features a varied selection of music genres and an especially good international mix. A record player set up by the front window allows customers to listen to a record, while watching passersby.

“I definitely consider the audience. I play stuff people would appreciate, stuff they should get to know, something that’s a little bit off the beaten path, and then I might massage some more pop favorites in there,” says SOM’s DJ Will.

Is there a right way to listen to vinyl? “It is like cereal, “Will said. “Cereal featuring milk, not milk featuring cereal.” That vinyl sounds better than digital music is a universally acknowledged fact, he stated. “The range on a vinyl is warmer, and it captures more of the space the music was produced in. You are also listening to a band as they were meant to be heard,” Will said.

The Best of The Rest
Adam’s Morgan’s Smash Records (2314 18th St. NW, www.smashrecords.com) has evolved from its punk and rock origins to sell all of music and merchandise. There are CDs, cassettes, clothes, books and even board games.

A quick and breezy walk up the street takes one to Songbyrd Record Cafe and Music House (2475 18th St., www.songbyrddc.com). A coffeehouse by day and well-known Indie music venue at night, the store’s selection of records is by no means meager. Kill the ten minutes waiting for a superb smoothie by flipping through records.

Now off across town. Georgetown’s Hill and Dale Records (1054 31st St., www.hillanddalerecords.com) is the final destination. The store sells newly made records. Its organization and selection of both the contemporary and classic records is superb. The ambiance is open and airy reminding one of an Apple Store.

Most DC record shops possess the vibe of an attic or basement vibe. Flipping through records feels like a stroll into the past. Perhaps investing in the equipment required to listen to records is not your thing, but it’s still worth stopping into one or all of these shops to savor the ambience. Browse the bins. Pick out something that looks cool. Ask someone in the shop to play it. Take pleasure in the musicality of vinyl the way we used to.

Finnian Day recently graduated from Wesleyan University and is taking things easy for the time being. He’s got a small record collection, mostly inherited from his father. You can contact him at finnianday15@gmail.com.