As the first citywide candidate ever to qualify for matching funds under D.C.’s Fair Elections Program, I believe that the program represents the missing piece of the puzzle that can make the DC Council work for all District residents.

For the first time in D.C.’s political history, regular folks can be a voice for change in a big way—as candidates, who would not otherwise be able to run, and as citizens, who deserve an independent voice on the council.

Under the traditional campaign finance system, candidates have to prioritize people with money in order to raise the hundreds of thousands of dollars it takes just to compete, making it nearly impossible for someone like me to run for citywide office.

The people I know are middle-income families like mine, with high housing, childcare, and other costs. They can’t afford to make big dollar contributions. So who would a candidate turn to for that kind of money? The people who spend big bucks on elections because it’s part of the “cost of doing business?” What would a $1,000 donor expect in return? More access than the $10 donor, or the one who is only able to volunteer their time? A sympathetic ear on legislation that affects them?

Shouldn’t all citizens have that kind of access to me as a future Council member? When the most a candidate can accept is $100, they don’t owe anyone more than another. No citizen should perceive that their elected official might be doing favors for donors, even if they are not.

The Fair Elections program makes it possible for regular people like me to run, while ensuring that my campaign is grounded close to the people I want to represent. No big-donor invitation-only fundraisers and no special access for anyone—from the campaign trail to sitting on the Council.

Taking big donors out of the process addresses another problem on the DC Council. As Jonetta Rose Barras wrote in The DC Line, DC’s Council has become homogeneous, with little variety in perspectives and positions: “There is little difference between incumbents and challengers.”

What happens when everyone is basing their decisions on allegiance to ideology that believes that government can solve all of our problems rather than being an instrument of the people for long lasting change.? We get a budget with so many feel-good bills that they can’t even be funded.

I cannot speak for other independent candidates, but I can tell you that owing nothing to anyone but the voters will give me the freedom to do what I’ve always done: search out practical solutions that are innovative, realistic, and achieve results.

The Fair Elections program makes it possible for this True Independent to run to be that voice.

Chander Jayaraman, who lives on Capitol Hill with his wife, Suzanne, and their son, Kol, is Vice-Chair of ANC6B, and is an independent candidate for an At-Large seat on the DC Council. 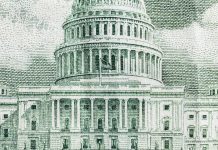 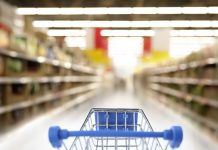 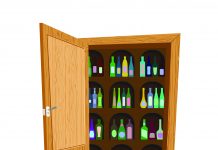 A Random Reflection As You-Know-What Locks Us Down