UPDATE: after trying out to-go food for a week, the Tune Inn has decided to close. Help them by contributing to a gofundme to help the staff.

Walking down the 200 and 300 blocks of Pennsylvania Avenue SE is unnerving. Sonoma Restaurant is closed. Starbucks is closed. Every single business, mostly bars and restaurants, are either serving carryout or are shuttered until further notice.

And, then there is the Tune Inn (331 Pennsylvania Avenue SE), all too often in the conversation and undeservedly as the best dive bar (they’ve done some renovating) in the city and in its 73rd year of operation. It is a survivor in the bar business since 1947.

In the front window, where regulars gather to gawk at passersby as they sip their shots and beers, was piled high a tower of toilet paper.

For the first time in days I smiled. Yes, toilet paper. A dozen rolls stacked neatly and on display, easily viewed from the street on the high-top table. They were selling for $2 a roll. More is stored in a back room, said nine-year veteran bartender Stephanie Hulbert.

The Tune Inn is offering a limited carry out menu from 10 a.m. to 10 p.m., but the bar has a surfeit of toilet paper. According to Hulbert, their limited menu is selling briskly. Moreover, they have sold over twenty rolls of toilet paper since last Saturday afternoon. They intend to continue until they are either closed down by the city or are unable to get more from their supplier.

In the meantime, the staff struggle with reduced hours, Hulbert said. They are splitting shifts both in the front and back of the house. Everyone is worried about surviving financially.

Before resuming my stroll, I ordered a roll of toilet paper, tipping Hulbert generously.

A long-time Capitol Hill resident and former Chair of Advisory Neighborhood Commission (ANC) 6B, Peter J. Waldron has been writing for the Hill Rag for more than fifteen years. For the past 13, he has written a monthly column on Eastern Market. Reach him at peter218@prodigy.net 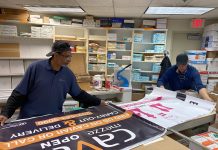 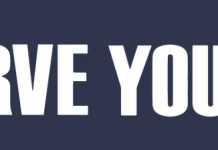